The UNAI Global Hub empowers the educational capacity of developing states by transferring its expertise in interdisciplinary studies and whole person education. 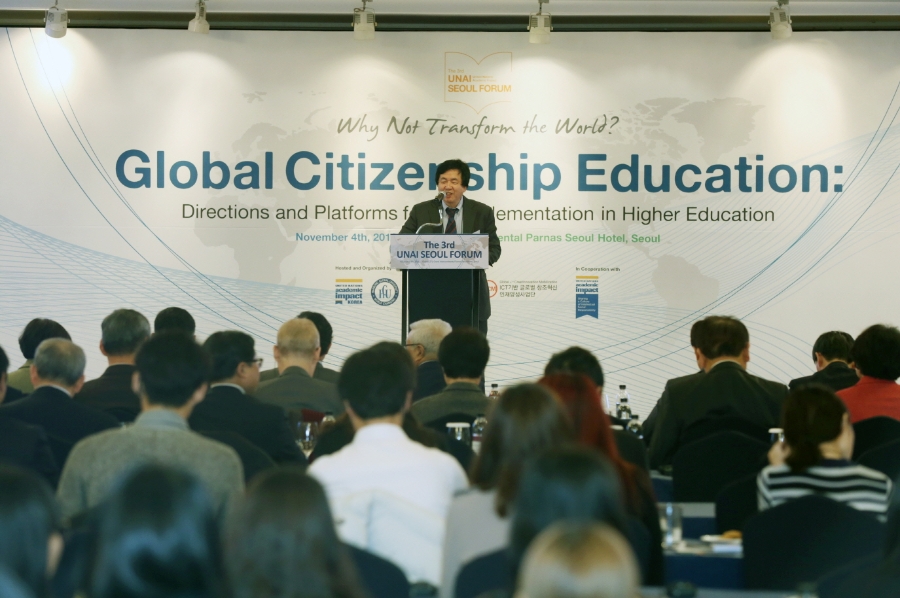 The purpose of UNAI is to promote a new global culture of intellectual and social responsibility based on freedom of expression, education for all, global citizenship education, sustainability, and intercultural dialogue. 10 Hub universities compromising approximately 1,000 member institutions are united under the ten basic principles of UNAI.  It is open to all institutions of higher education granting degrees or their equivalent as well as research conducting organizations.

♦About the UNAI GLOBAL HUB, HGU

HGU serves as the UNAI global hub for capacity-building in Higher Education Systems. Founded in 1994, Handong is a private institution located in Pohang, Republic of Korea.  Its vision is to change the world by nurturing and maximizing the talents of both students and professors. HGU has uniquely contributed to the advancement of undergraduate education by creatively using global human resources in a holistic education that develops both character and knowledge.

To achieve this, HGU relies on a practical curriculum based on active learning and problem-solving in the current context of globalization. As part of this mandate, HGU established the Handong Graduate School of Global Development & Entrepreneurship. It is responsible for cultivating professionals who, in response to the needs of communities in developing countries, can contribute to the establishment of internal capacity that leads to comprehensive and sustainable development of those communities. In 2011, HGU hosted the first UNAI Forum on Global Entrepreneurship as a new paradigm for World Development.

UN Academic Impact Korea (UNAI Korea) was established in 2012 and has been an active non-profit organization registered with the Republic of Korea Ministry of Foreign Affairs since 2013. UNAI Korea is an implementing body of the ten basic principles of UNAI, promoting higher education and global citizenship education through collaborations with institutions of  higher education and research both in Korea and overseas. UNAI Korea supports the pursuit of the three foundational goals of the United Nations Charter: peace, development, and protection of human rights.