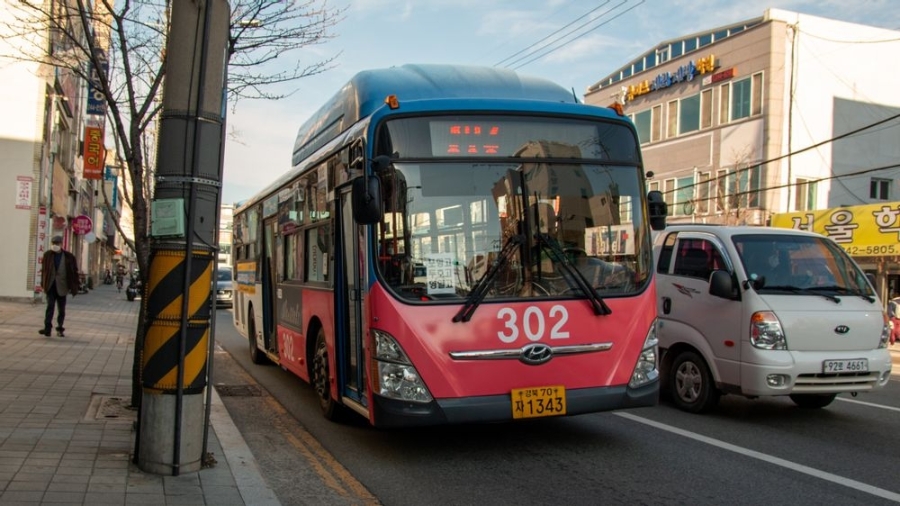 The Pohang City Bus System has many bus lines that connect various points of the city and nearby towns. Out of these, Bus #302 comes into Handong Global University Campus.

It also stops throughout various notable areas in Pohang such as,

- Yangdeok, a neighborhood area closest to the campus, where many HGU students live

- Yuk-geori, the downtown area with movie theaters and shopping areas

Transferrable to another Bus Line within 30 minutes of getting off